I suppose that, if you are reading this and are truly interested in who I am and what I’m doing here at Rocklin Academy Gateway, I had better start at the beginning.
I’m a southern California boy, born and raised in the incredibly dense San Fernando Valley (I believe we hit over a million people a few years ago...wow), just outside of Los Angeles. I was a total geek and a total jock from middle school on, even to this day. I loved the classroom, and I loved the field. Although I truly love competition of any kind and just generally being physical, football was and has always been my true love.
I became a teacher because I wanted to coach football, but I continued to teach, even after I had stopped coaching, because I realized how much I love learning and intelligent discussion. I have always been a curious person, and I have always loved talking with people. It doesn’t really matter too much what the subject is. I love it all. That is why I am always trying to get my students talking in my class, always trying to challenge them to think more deeply and to argue, which I also love to do! That being said, I had to choose a subject like I had to choose a sport. My high school English teacher, Ms. Graber, really inspired me, and so I followed after her. By the time I was twenty-one, I graduated cum laude from California State University, Northridge, with a B.A. in English and started coaching and teaching immediately after, and I have been at it ever since for the last twenty-one years.
But "How did I get all the way up here in the north (at Winterfell, for my Game of Thrones fans!)?," you might ask. My wife, Jen, took me up to Tahoe when I was in my early-to-mid twenties, right around the time when we were married. We drove in under the cover of night to a campground (what I would later come to know as D.L. Bliss--so aptly named), and I couldn’t see anything. She said, “I know you can’t see it yet, but just wait ‘til morning.” And, boy, was she right! When my eyes opened the next day, let’s just say my eyes were opened. I fell in love immediately, and really, ever since then, I had wanted to move up here, here where I feel like I was meant to be.
It took nearly twenty years, multiple attempts, a lot of careful saving and planning, a pandemic, and a lucky bit of real estate maneuvering; but we made it, and we were and are still grateful and excited to be part of the Rocklin family and community.
Last year was my first year here at Rocklin Academy Gateway as a 7th- and 8th-grade History teacher. My daughter, Juno, went to Gateway along with me as a sixth grader and is now heading to WSCA with friends she made here.
It was an incredible year, my best year as a teacher in all my twenty-one years of experience, hands down. The kids, at first, didn't quite know what to make of me. They thought I was too difficult and asked too much of them. They weren't sure of my teaching style either, which is firmly based in critical reading, thinking, discussion, and writing; but they hung in there, and by the end of the year, they understood and appreciated my approach. Not only that, though, they also showed me more love, respect, and appreciation than I've received in all my other twenty years as a teacher combined. However, none of it was easy, but not much of anything that is valuable or worth doing in this world is. That's the cost of true achievement. You have to learn to live in that "swamp" as Gators, the swamp of ideas and of the mind. You need to learn to get comfortable in it, to thrive in it.
I look forward to my next congregation of Gators in the Fall of 2022, which is what you call a group of alligators, but as you know, it also means "a group of people assembled for religious worship." Thus, the term is fitting not only because of our mascot but also because the classroom is a sort of holy place, as my 7th and 8th graders joked last year. It is a holy place where we respect people but are vicious with ideas. It is a place where we gather to use reasoning and evidence, our "teeth," to seek the truth without the impurities of rhetoric, and our congregations only meet in that swamp, and you will learn to love it.
Later, Gators! See you in the “swamps”!
Be ready to open those big mouths and to speak. It’s the number one reason to come to school, as far as I’m concerned. 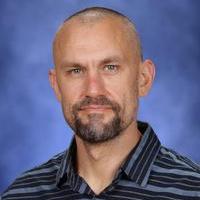